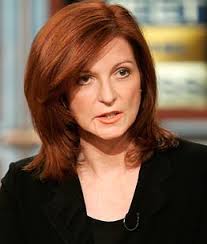 The Obama administration's decisions during and after the deadly terror attack on the U.S. Embassy in Benghazi last Sept. 11 were "unworthy of the greatest power on earth," writes New York Times columnist Maureen Dowd, in a scathing Sunday column.

Dowd's opinion piece follows one a few weeks ago that declared Obama "still has not learned how to govern," and takes shots at the edits that were made to the Benghazi talking points.

She also criticizes efforts to rewrite events in order to make Hillary Clinton – a presumptive presidential candidate in 2016 – appear to be leaving a legacy turn at the State Department.

She also blames the lack of response to the attacks, plus the initial denial that al-Qaeda operatives were involved, on Obama's presidential ambitions and Clinton's possible future ones.

"In the midst of a re-election campaign, Obama aides wanted to promote the mythology that the president who killed Osama was vanquishing terror. So they deemed it problematic to mention any possible Qaeda involvement in the Benghazi attack," wrote Dowd. "Hillaryland needed to shore up the mythology that Clinton was a stellar secretary of state."

But Dowd also noted that the most critical voices, led by Karl Rove in early attack ads against Clinton, "cloud a simple truth: The administration’s behavior before and during the attack in Benghazi, in which four Americans died, was unworthy of the greatest power on earth."

But Dowd reserves her strongest, most scornful words for the entire Obama administration, including the military and its lack of response in the eight hours the Benghazi attack spanned.

"In this hottest of hot spots, the State Department’s minimum security requirements were not met, requests for more security were rejected, and contingency plans were not drawn up, despite the portentous date of 9/11 and cascading warnings from the C.I.A.," Dowd writes. "Hillary Clinton and Ambassador Chris Stevens (who was killed in the attack) were rushing to make the flimsy Benghazi post permanent as a sign of good faith with Libyans, even as it sat ringed by enemies."