Allen West: Holder a 'bigger threat to our republic' than al Qaeda 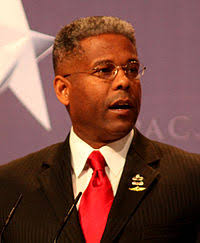 "Al Qaeda is a very serious and persistent threat, but I trust the U.S. military to protect us from future attacks," West writes. "I cannot say the same about President Obama and his Justice Department."

The email also features a picture of Holder next to al Qaeda leader Ayman al-Zawahiri. The email asks supporters "which of these men scares you most?"

"As a former lieutenant colonel in the U.S. Army and a civilian-military advisor in Afghanistan, I'll tell you flat out — Eric Holder is a bigger threat to the Republic," West writes.