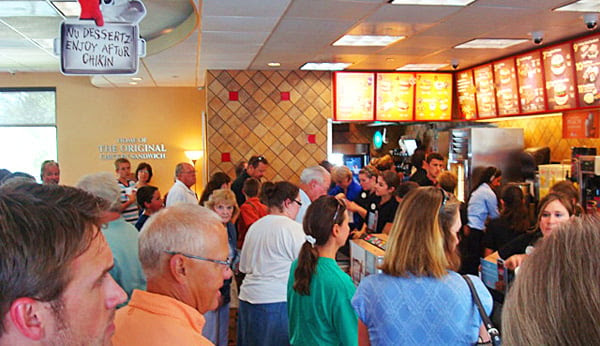 The Pentagon apparently has little liking for Chick-fil-A sandwiches and the Defense of Marriage Act.

The U.S. Army has reportedly punished a master sergeant for hosting a party to celebrate both his personal promotion and the legislation supporting traditional heterosexual marriages.

According to the Chaplain Alliance for Religious Liberty, the unidentified soldier was investigated, reprimanded, threatened with judicial action and given a bad efficiency report.

“They say he is no longer a team player and was not performing up to standards,” Chaplain Alliance Executive Director Ron Crews told Fox News. “This is just one little example of a case of a soldier just wanting to express his views and now he’s been jumped on by the military.”

The soldier was promoted to master sergeant last summer, at the time of a national controversy over Chick-fil-A’s support of traditional marriage.

As WND reported Aug. 1, Americans flocked to Chick-fil-A restaurants in a national show of support for the eatery after the company’s president publicly stated his support for the biblical definition of marriage between one man and one woman.