Boehner: "We are not going to take up the Senate bill" 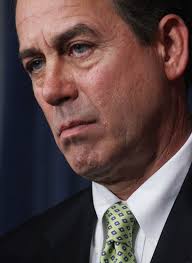 Senate Majority Leader Harry Reid has set up the final procedural hurdle to clear the immigration reform bill for votes Thursday and Friday.

The Senate will vote around noon Thursday to invoke cloture or cut off debate on the entire bill.
The White House-backed bill would pour billions into border security and offer a path to citizenship to some 11 million immigrants now in the United States illegally.

The bill already has sidestepped several procedural obstacles with votes to spare, demonstrating it commands well over the 60 votes needed to pass the Senate.