Border security is necessary, but won't fix the problem 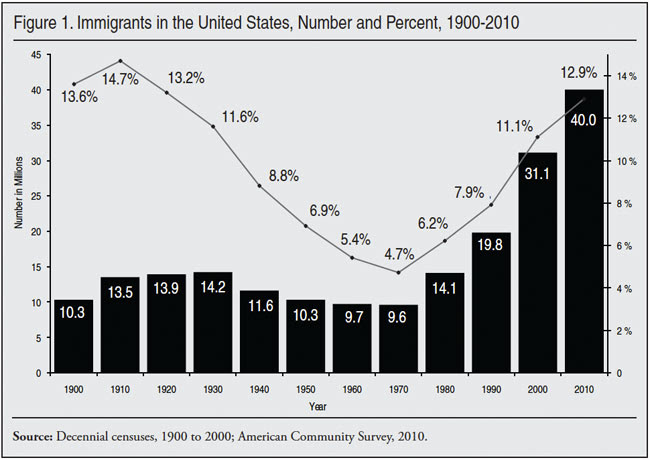 40 Percent or more of illegal immigrants did not sneak across the border. They get a legal visa--very easy-- and then split to a better job or whatever, becoming illegal. Besides tourist visas, just look at this:

Nonimmigrants Who May Work in the United States (2012)

Internal Enforcement at the employer level is absolutely necessary to fix the immigration problem.

Drama vs. Demographics in the S.744 Debate

I have been both fascinated with, and appalled by, the over-emphasis on border security in the current debates about the legalization of some 11 million illegal aliens.

It is as if the minds of Congress have slipped into reverse historical gear, and are dealing with the high drama of the wars between the U.S. Cavalry and the Indians on the western frontier during the 1800s.

Instead of voting for more horses and for more men for the U.S. Army, as it once did, Capitol Hill now votes for more drones and more Border Patrol Agents (not that the latter are not needed), thus focusing hard on the drama of the border. (In the process they all but ignore the 40 percent of the illegal alien population made up of visa overstayers.)