DHS insider: It’s about to get very ugly 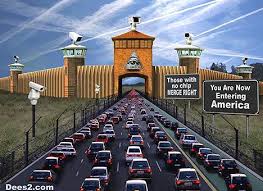 7 June 2013: Something quite unexpected happened just hours ago, in the dark of night, during a two-day layover in Washington, DC. My son and I are scheduled to take part in a seminar outside of Raleigh, North Carolina this weekend, so we combined our travels to include a side-trip to DC for a business meeting we had previously arranged. It was during this layover that something seemingly ripped from the pages of a spy novel took place.

While I was in the middle of a perfectly good and well needed sleep in the very early hours of this morning, I received a message. I cannot disclose how I received this message, at least not now. The discerning reader will understand why, which, by the way, would make a very interesting story alone. The message was extremely clear and precise. I was to meet my high level DHS insider at a very specific location in Washington, DC at a time when most “normal” people, except third-shift workers are still asleep. And, I was to come alone and make certain that I was not being followed, and I was to leave any cell phone or electronic device behind.

Seriously? I thought, as I was still trying to make sense of it all. Is all this really necessary? Is this really happening? I considered waking my son to accompany me, but opted to follow the instructions to the letter. Besides, I thought, he’s not the most affable middle-of-the-night person. I left a hastily written but detailed note in my hotel room before my departure in the event something happened. I looked at the digital clock on my rental car (my personal car would never survive our long distance trip). It was 3:20 a.m.