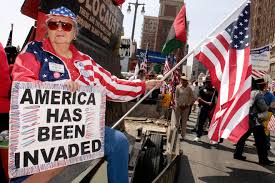 Resistance to a sweeping immigration overhaul is moving from conservative talk shows to the corridors of power.

The Republican-controlled House of Representatives on Thursday rejected President Obama's policy to stop deporting young people brought to this country illegally as children. With all but six Republicans voting against funding a policy that lets hundreds of thousands of law-abiding but undocumented youth enrolled in high school or the military to stay in this country, the vote spotlighted the long odds facing the much broader Senate bill to allow 11 million illegal immigrants earn citizenship.

The House vote came two days after Republican Gov. Rick Scott of Florida vetoed a bill that would help young people whose deportations were halted by the Obama administration get driver's licenses. And on Wednesday, a key immigration leader in the House, Republican Raul Labrador of Idaho, defected from bi-partisan talks.

These unexpected developments reflect the stirrings of what could snowball into a full-blown revolt against the most ambitious overhaul of immigration law in a quarter century.

"If they think they're going to force-feed amnesty, there's going to be a rebellion," said Rep. Steve King of Iowa, who spearheaded the vote one day after House Republicans huddled with one of the champions of immigration reform, Sen. Marco Rubio of Florida. King added: "The vote might indicate that we're not particularly persuaded."