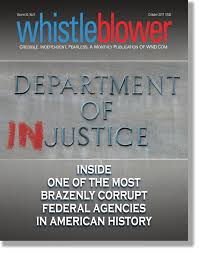 Government lawyers are trying to keep buried a classified court finding that a domestic spying program went too far.

In the midst of revelations that the government has conducted extensive top-secret surveillance operations to collect domestic phone records and internet communications, the Justice Department was due to file a court motion Friday in its effort to keep secret an 86-page court opinion that determined that the government had violated the spirit of federal surveillance laws and engaged in unconstitutional spying.

This important case—all the more relevant in the wake of this week's disclosures—was triggered after Sen. Ron Wyden (D-Ore.), a member of the Senate intelligence committee, started crying foul in 2011 about US government snooping. As a member of the intelligence committee, he had learned about domestic surveillance activity affecting American citizens that he believed was improper. He and Sen. Mark Udall (D-Colo.), another intelligence committee member, raised only vague warnings about this data collection, because they could not reveal the details of the classified program that concerned them. But in July 2012, Wyden was able to get the Office of the Director of National Intelligence to declassify two statements that he wanted to issue publicly. They were: