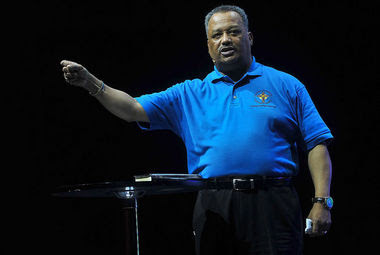 The Rev. Fred Luter was at the podium of the Southern Baptist Convention on Wednesday, running business for the nation's largest Protestant denomination.

In a high-profile vote, the Southern Baptists approved a resolution to express their opposition to the Boy Scouts of America's decision to accept openly gay scouts.

"I had no doubt our convention would take a stand on this issue," Luter said. "We believe in the Bible."

Luter, the first black president of the Southern Baptist Convention, said he thought it was a stand the denomination needed to take.

Luter, pastor of the Franklin Avenue Baptist Church in New Orleans for 25 years, said the change in policy by the Boy Scouts was troubling.

Franklin Avenue Baptist will not host the Boy Scouts now that they've taken a position the denomination feels is unbiblical, he said.

"We'll be pulling out of Boy Scouts," Luter said. He said the church may use The Rev. Fred Luter was at the podium of the Southern Baptist Convention on Wednesday, running business for the nation's largest Protestant denomination.