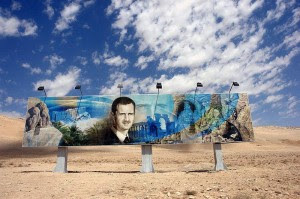 Anderson Cooper and CNN have been caught staging fake news about Syria to justify military intervention.

The primary “witness” that the mainstream media is using as a source in Syria has been caught staging fake news segments.  Recent video evidence proves that “Syria Danny”, the supposed activist who has been begging for military intervention on CNN, is really just a paid actor and a liar.

While Assad is definitely a tyrant like any head of state, a US invasion of the country is a worst case scenario for the people living there.

The following video shows him contradicting himself while off air, and even asking crew members to “get the gunfire sounds ready” for his video conference with Anderson Cooper on CNN.