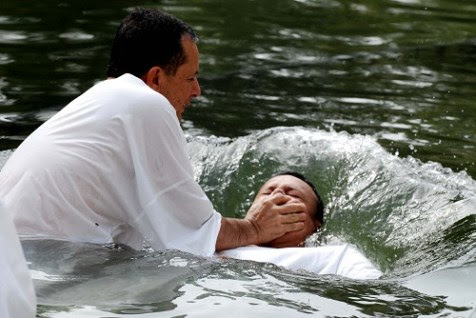 For as far back as anyone can remember, Missouri Baptists have gathered on river banks for Sunday afternoon baptisms.

The preacher leads the new believers into the water, draped in white robes as a choir sings, “Shall We Gather at the River.”

It’s the way it’s been done for generations – baptizing in creeks, lakes, and rivers “in the name of the Father, the Son and the Holy Spirit.”

But now the long-cherished tradition of “taking the plunge” has been drawn into a controversy with the federal government.

Many Christians believe the Bible commands new followers of Christ to be baptized immediately after their conversion.

The National Park Service began enforcing a policy recently that required churches to obtain special use permits in order to baptize in public waters. As part of the same permit process, the NPS also mandated that churches give the Park Service 48 hours advance notice of pending baptisms.