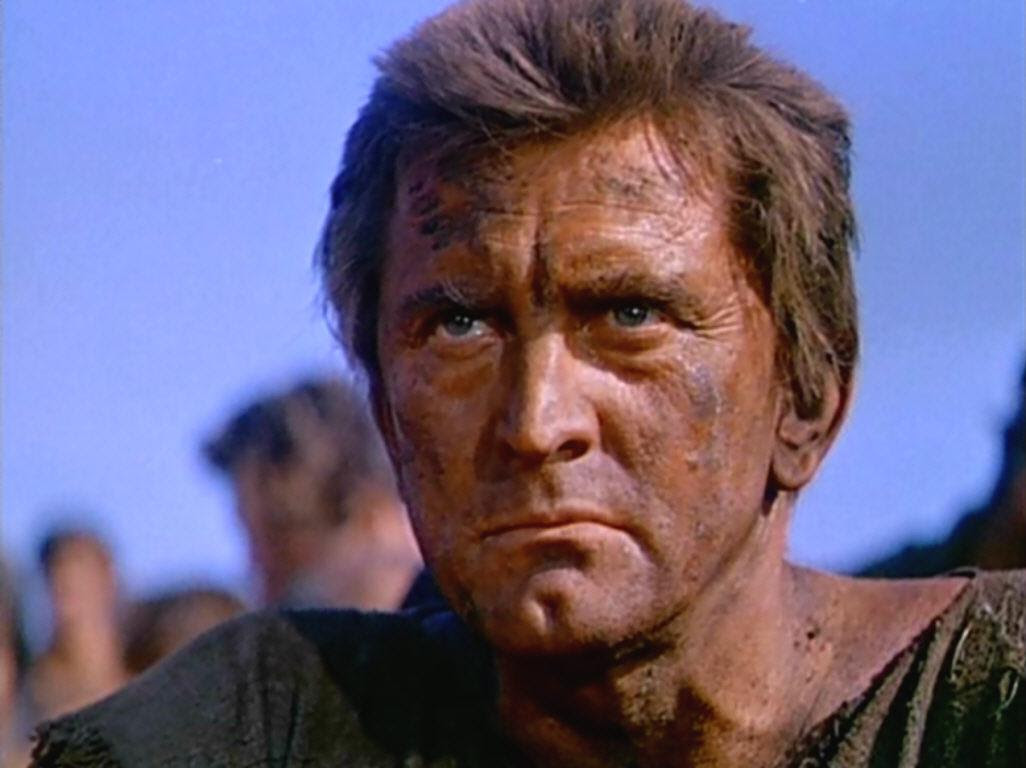 I am Spartacus* because for all too long I stayed quiet.  I stayed quiet because baby needed shoes (often literally) and I needed work in a biased field that would blacklist me as soon as they knew my true self.

I allowed my loyalties and beliefs to be assumed from external appearances and origins – I allowed them to believe I must be extreme left because I’m female, of Latin origin, and have somewhat more than a Master’s degree in Modern Languages and Literature. (I would go back for the doctorate, I would, but I’m not willing to stay quiet anymore.)  Those years of festering silence weigh within me, and in the scales of eternal justice I’m afraid I’ll get counted with the enemies of Liberty, because I was quiet, I consented.

I am no longer quiet.

I am Spartacus writ small.  I am Spartacus praying that I never need to stand  physically facing the might of the largest power the world has ever known.  I can tell who would lose. Because of that I am battling in the mind, to avoid the evil hour as long as I can yet. Maybe, if a miracle occurs, to avoid it altogether.

I’m fully aware that even in this battle of the mind the consequences can be death or worse.  I’m fully aware that once you identify as an enemy of the utopia to come – or even if you just fall in a category they don’t like – there are a million ways for death to come: in the dark of night, with a bullet to the back of the head, like the Polish officers in the Katyn forest; in public trials like the people who thought “if only Stalin knew”; in the despair of an engineered famine like the victims of the holomodor.  No, we haven’t got there yet, but there are ways for a living death too: anyone know where Nakoula B. Nakoula is?  And we won’t talk of the unjustified hounding of the lady who runs True the Vote.  There are ways to drive you to darkness and despair, even now.  And if they can get away with it, it will only get worse.


More @ According To Hoyt
Posted by Brock Townsend at Friday, August 16, 2013