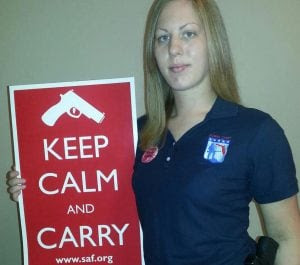 Gary Gutting is reputedly a philosopher, of the “I’ll just make things up as I go along” school.
In a citizen control op-ed in the New York Times strung together with logical fallacies, rhetorical faults, and broken philosophical proofs, he chucked in a howler suggesting that our modern military would simply steamroll over American gun owners,  so we may as well turn in our guns.


Finally, there’s the idea that citizens need guns so they can, if need be, oppose the force of a repressive government. Those who think there are current (or likely future) government actions in this country that would require armed resistance are living a paranoid fantasy. The idea that armed American citizens could stand up to our military is beyond fantasy.

I’d like to point the obviously addled Professor Gutting in the direction of Southwest Asia, towards a little country called “Afghanistan” that is roughly the size of Texas.