How About Nullification In 2014? 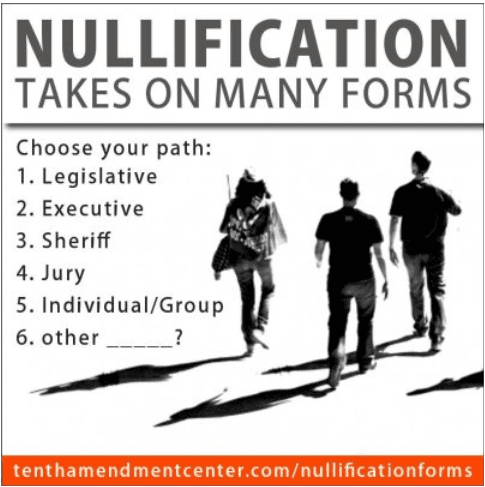 As we approach the year 2014 there are dire predictions all around about what’s coming. One I recently read said, of 2014, “More of the same, only worse.” I can understand the rationale for that. Comrade Obama will only be through half of his last (so we are told) term in office by 2014 and he has lots of damage left to do yet. His handlers over at the Council on Foreign Relations expect him to have our economy and most of the middle class totally incapacitated before he leaves office to be replaced by Ms. Hitlery Clinton in 2016. If he accomplishes that then Comrade Klinton will not have to work too hard to preside over the ruins of what was once America but has now become Amerika—The United Socialist States of Amerika—the “People’s Republic.”


Congress, for the most part, with a few exceptions, is bought and paid for by the same crowd that pulls Comrade Obama’s puppet strings, so you can’t expect much help there. The Supreme Court justices, most of which are so concerned how future generations of socialists will view them, will be no help to ordinary Americans (remember their vote on Obamacare?).

The whole thing has been set up so that most Americans will be so beset by the futility of what they see around them that they will just cave in and offer no resistance to the One World government crowd.