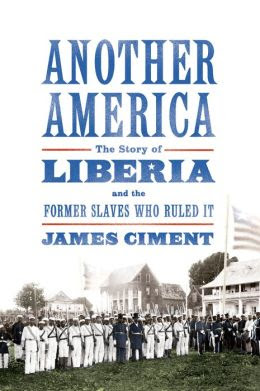 The following is a brief excerpt (via WSJ) of a recent book review regarding Liberia, “Another America,” by James Ciment.  Like slave-leader Cinque of Amistad fame, the emancipated blacks of the US returned to Africa and the indigenous practice of what propelled them or their ancestors to the New World.
BT

“[Liberian]Settlers and their "Americo" descendants identified with the U.S. and viewed natives as savages. Natives considered Americoes rapacious and arrogant. Indeed they called them "whites," or "black-white" men, since settlers spoke English and dressed like Victorians.

One source of antagonism was the slave trade. Native tribes traded slaves among themselves and illegally with Europeans. It was a business for them, as Ciment notes, "but an abomination to the settlers, who were determined to wipe it out as soon as they had the means to do so."

And yet settlers and their Americo descendants practiced forms of exploitation that closely resembled slavery. They took native women as concubines. They adopted native children and provided them with food, shelter and schooling in exchange for work without pay. To some observers, this "ward system," as it was called, was another form of slavery. "These pawns are as much slaves as their sable prototypes in the parent states of America," wrote one white physician.

In the 1920s, Americo-Liberians were widely accused of trafficking in slaves. They leased out natives to Fernando Pó, in the Gulf of Guinea, to plant and harvest cocoa. Many died before their contracts were up, and others were never paid. The Liberian constitution prohibited slavery, but it also denied citizenship and suffrage to natives, who constituted more than 90% of Liberia's population.  In essence, Americoes tried to re-create a social order that resembled the antebellum South, with themselves as the master class.”
Posted by Brock Townsend at Monday, December 30, 2013