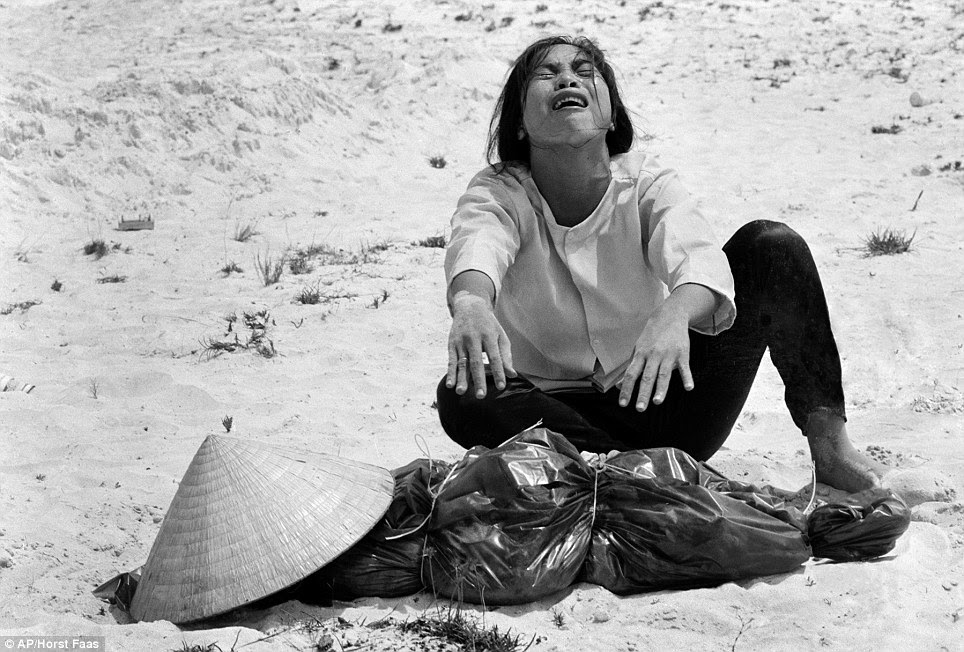 Poignant: A South Vietnamese woman mourns over the body of her husband, found with 47 others in a mass grave near Hue, Vietnam in April 1969

Many pictures here are just propaganda. We, the Vietnamese, know better than any others about Hue's event. That was not a mass killing by Commist but Bombing from America's troop and South VN army.

The NVA buried their dead comrades with dead civilians. As you know, NVA was not supported with uniform so most of them wore their daily outfit. Take that advantage, US propaganda that NVA revenged on Hue's civilian which is untrue in many aspects