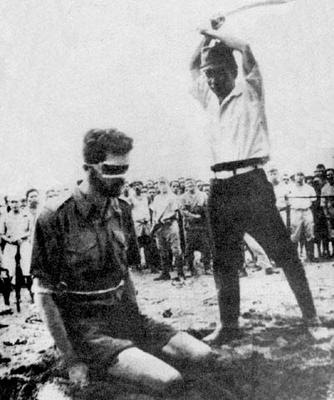 Thanks to Townhall's Terrence Moore, we have a pretty good idea of the kind of brainwashing America's high school students are in for as it applies to World War II.


The opening page of the slim chapter devoted to World War II called “War Shock” features a photograph of a woman inspecting a large stockpile of thousand-pound bomb castings. The notes in the margins of the Teacher’s Edition set the tone:


In this section, nonfiction prose and a single stark poem etch into a reader’s mind the dehumanizing horror of world war. . . .

The editors of the textbook script the question teachers are supposed to ask students in light of the photograph as well as provide the answer:


Ask: What dominant impression do you take away from this photograph?

Possible response: Students may say that the piled rows of giant munitions give a strong impression of America’s power of mass production and the bombs’ potential for mass destruction.

Translation: Americans made lots of big bombs that killed lots of people.

The principal selection of the chapter is taken from John Hersey’s Hiroshima. It is a description of ordinary men and women in Hiroshima living out their lives the day the bomb was dropped...

There is no reading in this chapter ostensibly devoted to World War II that tells why America entered the war. There is no document on Pearl Harbor or the Rape of Nanking or the atrocities committed against the Jews or the bombing of Britain. The book contains no speech of Winston Churchill or F.D.R.


The United States of America, you turds at Prentice-Hall, was engaged in an existential fight against pure evil.