Man In Hospital Plays Knockout On His Own Nurse 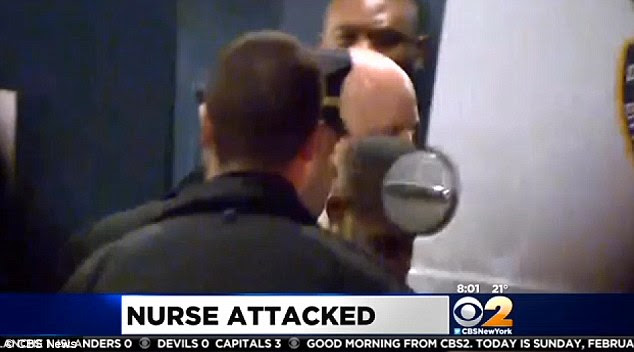 Investigators were trying to determine Sunday why a hospital patient in Brooklyn allegedly turned on his nurse and beat her until she was unconscious.

The nurse who was beaten by this savage is 70 years old and is undergoing emergency surgery. She’s in critical condition because the patient she was taking care of couldn’t keep his fists from swinging.

What’s the name of this hospital patient?

The nurse was removing Kwincii Jones’ catheter at Brookdale University Hospital and Medical Center in Brownsville when he knocked her to the ground and began beating her repeatedly, police said.

“Kwincii Jones.” What is that, Irish? Or, no, that’s a Jewish name, isn’t it? Hmm. Maybe Kwincii is a Quaker, raised by a God-fearing, tight-knit family?