U.S. = The Mafia State of Mind 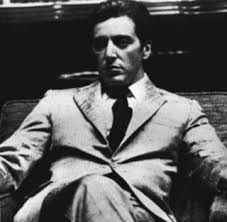 Once the mafia state of mind has seeped into every nook and cranny of the society and economy, it's not even recognized as corruption: it's simply the way the system works.

We recently spent a few days with a friend who was born and raised in Sicily who now lives elsewhere in Europe with his wife (also Italian, from Naples). Though we talked of many things, one of his comments struck me like a bolt of lightning.

The Mafia isn't about shoot-outs, he said; the mafia is a state of mind.

He then pointed to a city trash collection truck driving by. Those guys are mafia.

I should stipulate that our friends are left-liberal in their views, and deeply concerned about the direction of free enterprise, democracy and social equality in Europe. He did not make these comments as a joke but with the utmost seriousness.

Why are the union sanitation workers a mafia? Because they have the leverage (via strikes) to extract and extort what they want from a populace who earns less than they do in wages, benefits and pensions--a population with no other choice. Is there some other option to giving the striking municipal workers what they demand? Is there another choice to clear the streets of garbage? Is there another train system to get to work when the train operators are on strike? No.