Videos Of Russian Troops And Helicopters Moving Through Crimea 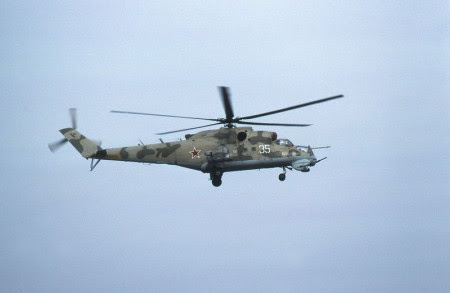 Russian troops and pro-Russian militia forces now have full military control of Crimea without a shot being fired, and Russian troops and helicopters continue to pour into the region.  Not that there really was ever any doubt about what was going to happen in Crimea.  As I wrote about yesterday, Russia will never, ever let Crimea go without a fight.  The Russian Black Sea fleet’s base at Sevastopol is simply way too strategically important.  But it is still shocking to see video of dozens of Russian attack helicopters and dozens of Russian armored personnel carriers heading toward Sevastopol.

The acting president of Ukraine says that Russia “has invaded Ukraine” and is attempting to “annex Crimea”.  The former president, Viktor Yanukovych, insists that he is still the rightful democratically-elected president of Ukraine and he is calling on Russia to intervene militarily in his nation.

Meanwhile, Russia is calling on the new government in Kiev to honor “the peace deal signed last Friday, Feb. 21, by Yanukovych and the opposition, notarized by the Foreign Ministers of France, Germany and Poland and approved by the US.”

But Russia is not just sitting around and waiting for the new government in Kiev to honor the peace agreement that was made.

Rather, Russia has been very busy moving their chess pieces around the board.


More with videos @ The Truth
Posted by Brock Townsend at Friday, February 28, 2014