Whispers persist that Hillary won’t run: Health may be worse than disclosed 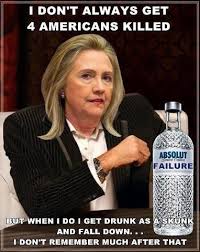 If you listen to the chattering class in Washington, D.C., Hillary Clinton is a virtual certainty for the 2016 Democratic nomination, and the front-runner in the next presidential race.

But in private, rumors persist that the former Secretary of State may not even be capable of making it to Iowa and New Hampshire. Clinton, these skeptics often say, will not run for president again because of health concerns.

These ubiquitous rumors of her health have been fueled in part by the supermarket tabloids. The National Enquirer wrote in 2012 that Clinton had brain cancer, something a spokesman dismissed then as “absolute nonsense.” In January of this year, the Globe claimed that Clinton secretly had a brain tumor.