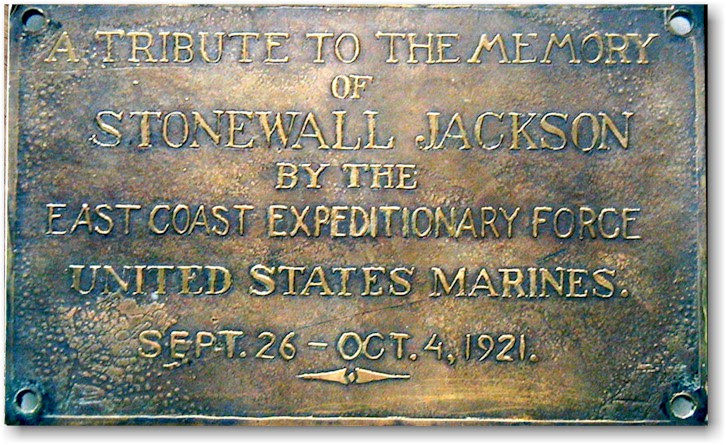 Now why in the world did they do that?

One morning in 2007 I snuck off to the Wilderness/Chancellorsville battlefield; it's about a 50 minute drive south for me. As it was a beautiful day it was good convertible weather.

I went partially to either prove or debunk something I was told when I was in the Marine Corps. The story goes like this: At the Battle of Chancellorsville in May, 1863, "Stonewall" Jackson was hit by his own men while doing some nighttime scouting. His left arm was amputated and he later died of complications.There are three places in Virginia associated with this: a stone next to the visitor's center that marks where he was hit, the house on the other side of I-95 where he died (called the Stonewall Jackson "Shrine" - which tells you something about the South), and the place where his arm was buried.

Two of my heroes Jackson and Butler.


Here richly, with ridiculous display,
The Politician’s corpse was laid away.
While all of his acquaintances sneered and slanged, I wept:
For I had longed to see him hanged.
--Hilaire Belloc
Posted by Brock Townsend at Tuesday, March 25, 2014