'At least this time there was no one shooting at me': Hero paratrooper, 93, jumps over Normandy 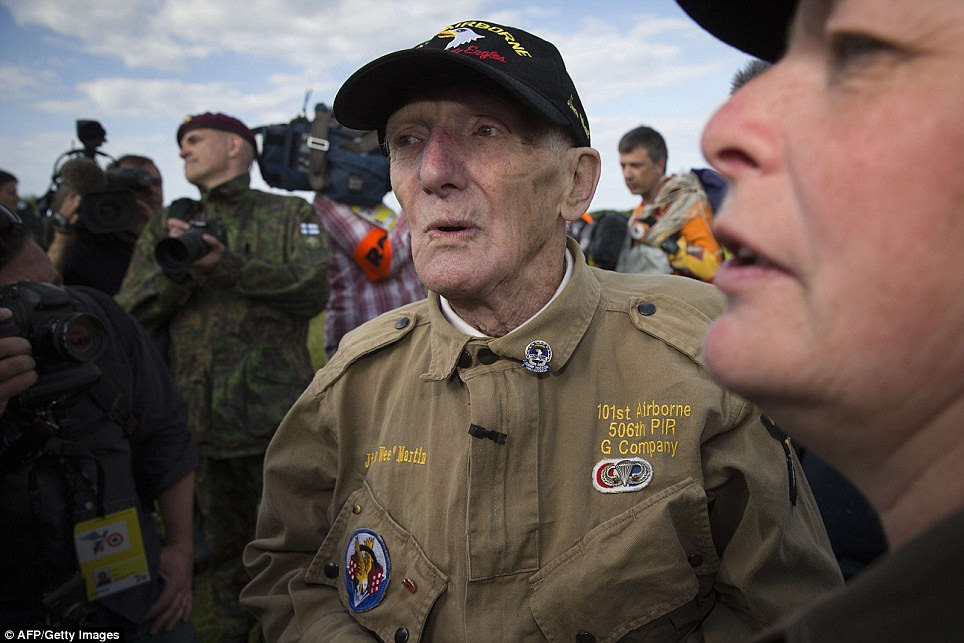 Jim 'Pee Wee' Martin, 93, jumped behind enemy lines as the D-Day armada prepared to launch across the English Channel on June 6, 1944