Secession: The Antifederalists and their perspicacious views have been largely forgotten 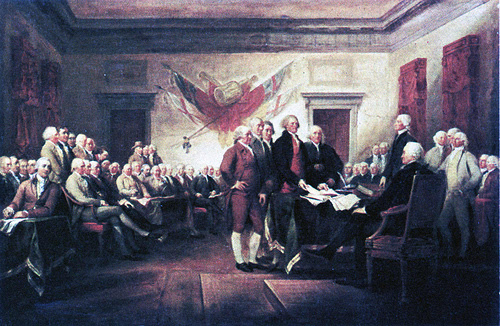 One of the most exciting political developments in recent years has been the secessionist movement, which has flourished among a number of American states and across the globe in places such as Venice and Scotland. The common thread in nearly all these movements has been opposition to the modern nation-state, which secessionists believe has become totalitarian and now hopelessly bankrupt.

Many secessionist groups draw their inspiration from American history–in particular, the country’s founding document, the Declaration of Independence, as well as the southern states’ valiant attempt to secede from the Union in the 1860s. While secessionists have pointed to America’s past for much of their inspiration, one group they seem to have ignored are the Antifederalists.

“Antifederalist” was the term given to those opposed to the ratification of the U.S. Constitution. They were not an insignificant segment of the population and consisted of such luminaries as Sam Adams, Patrick Henry, George Mason, and Richard Henry Lee, who wrote under the pseudonym of the “Federal Farmer.” Still under-appreciated to this day, Lee’s political thought equaled, if not surpassed, those of the more celebrated Founding Fathers.

The Antifederalists correctly predicted that the Constitution would usurp the sovereignty of the individual states and become a highly centralized national state. Moreover, they saw that it granted too much power to the executive branch.