Gohmert: "...Legislating is not an option for him unless he wants to destroy our Constitution or create a constitutional crisis which he is quickly moving us toward.” 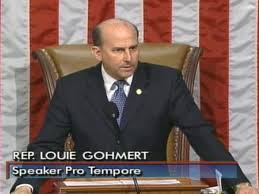 Rep. Louie Gohmert, R-Texas, says President Obama is acting like a monarch in unilaterally changing immigration policy and threatening to do it again on a grander scale.

The congressman says Obama is personally responsible for the surge of illegals, including unaccompanied minors, across our southern border, and Congress should begin a process of withholding funding for any department of government that refuses to enforce the existing laws.

“I would greatly prefer Congress actually do something. I take executive action only when we have a serious problem, a serious issue, and Congress chooses to do nothing,” said Obama.

In a White House Rose Garden statement on Monday, Obama ripped congressional Republicans for refusing to approve comprehensive immigration reform and said they left him with no choice but to pursue reform on his own.

While the president may be frustrated, Gohmert says Obama surrendered the authority to make or change laws the minute he left the legislative branch of government.