Immigration supporters and opponents show up in Murrieta 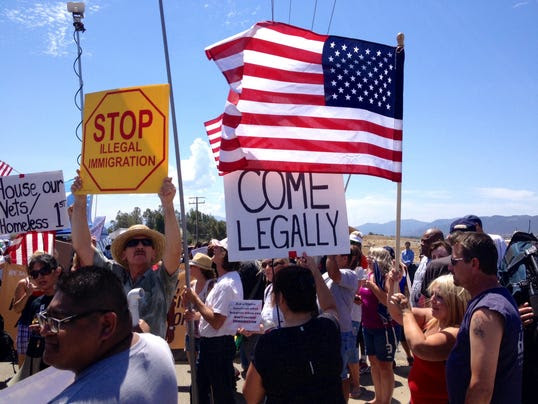 Since the protest, long sections of rural roadways near the Border Patrol station have been marked "no parking," and both sides of the issue have been given assembly areas. But law enforcement officials have said a repeat of Tuesday's blockade of three buses, presumably carrying women and children, will not be allowed.