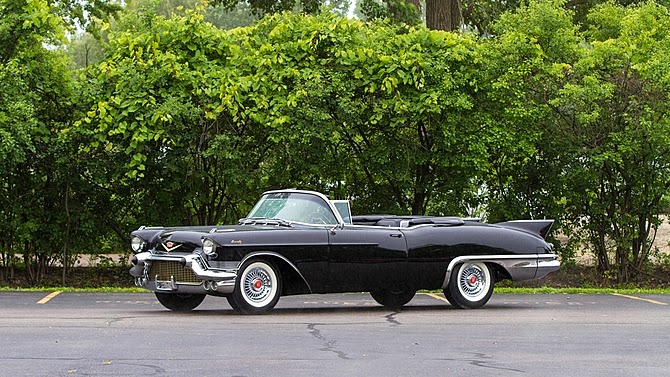 By 1957, Cadillac was on to a good thing with its top-of-the-line Eldorado. Sales had been nearly doubling each year since 1953, and it seemed that the company had produced the impossible: a hot-selling, yet upmarket car. Combining aggressive good looks with solid performance, it’s easy to see why buyers flocked to the Eldorado and particularly coveted its convertible version, the Biarritz.