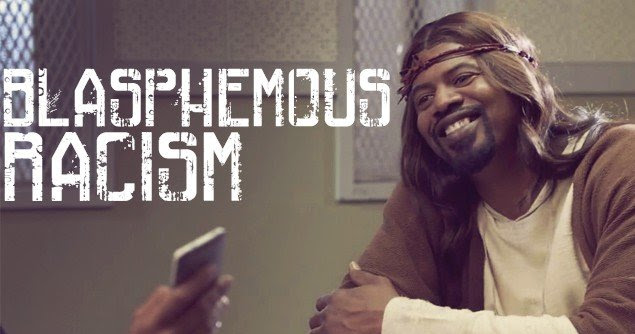 The program features a black Jesus character in an urban American setting. The program’s Jesus uses “f” words, smokes marijuana and drinks. One preview of the show, with bleeped out “f” words, advertises “the most anticipated comeback in history.” It also says viewers should “Get ready to feel the spirit of the glory of the most high,” with black gospel music in the background.

Movieguide® is asking people to e-mail John Martin, CEO of Turner Broadcasting, requesting he cancel the program. To take part in the campaign click here.

BLACK JESUS is not only an ugly attack on Christianity, but a horrible example of racism. It implies that, if Jesus Christ were black, he would be vulgar and use drugs and alcohol. It also presents the African American community he comes to using the worst of black stereotypes. All of this is topped with black gospel music.