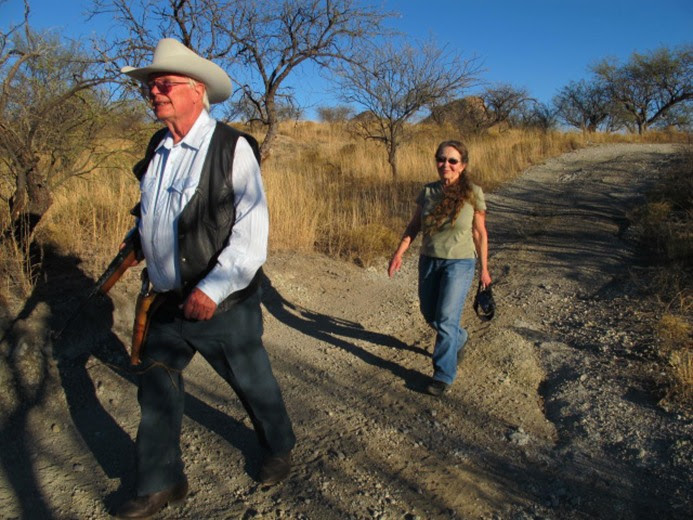 A cattle-ranching couple in southern Arizona hopes that dramatic hidden-camera video showing suspected drug or immigrant smugglers crossing their property will help persuade federal officials to shift resources southward to eliminate what they call a dangerous "no-man’s land” along the border.


“It just confirmed what we already knew,” Jim Chilton, who runs the 50,000-acre ranch with his wife, Sue, said of the video, which was filmed this spring by a border-security advocacy group. …“We have ceded to the cartels 20 miles, 30 miles inside the United States.”

For years, the Chiltons have publicly complained — even testified before Congress -- that their ranch southwest of Tucson, which shares a 5-1/2-mile border with Mexico, has been flooded with smugglers. They’ve told of surprise encounters with groups of migrants – some of them armed –- break-ins at their home and finding piles of trash and clothing left by the trespassers.