James Foley Just Like Daniel Pearl: Another Pan-Jihadist Who Was Murdered by ‘em Anyway 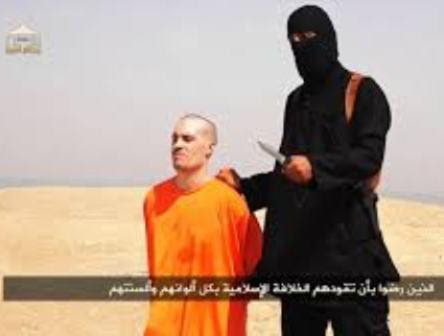 James Wright Foley, beheaded yesterday in an ISIS/ISIL/IS video, is a lot like Daniel Pearl. Like Pearl, he thought he knew better than the rest of us–that these Muslims were decent guys who would be nice to you if only you were nice to them. And like Daniel Pearl, who championed the causes of the most extremist Muslims–Islamic terrorists–in his “reporting,” Foley was beheaded and slaughtered like a halal dinner. Foley wasn’t new to this game, either, and should have known better because this almost happened to him before.

This wasn’t the first time he was kidnapped by his Muslim buddies, whose extremism he championed. And not the first time they killed a fellow pro-jihad journalist in his midst. In 2011, Foley was kidnapped and nearly executed by other Islamic terrorists he championed against Qaddafi in Libya. He was kept in captivity by them for 44 days, and at least one other journalist–a photographer–was executed by them. Yet, he continued to champion their cause anyway. Because, again, he “knew better” than logic would dictate. You’d think that after being imprisoned and nearly killed by Muslim “freedom fighters,” he’d face the music and go home. But, no, he found a new group of even more brutal “liberal democrats” who finally finished him off.