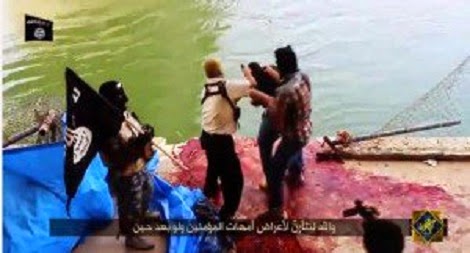 ISIS just released a video showing what they claim are Iraq’s Army POWs captured by ISIS, driven away in truck loads and then shot them all dead. The video caption stated that there were 1,500 individuals. The video shows their end being shot at point blank in several horrific mass slaughters reminiscent to what we see during Nazi Germany Stalin's Russia. The young teens begged for their lives as they were made to curse Al-Maliki but to no avail while they were forced to chant “long live the Muslim nation”. Shoebat.com were the first to discover the video: