'Armed patriots': the private citizens out to secure the U.S. border 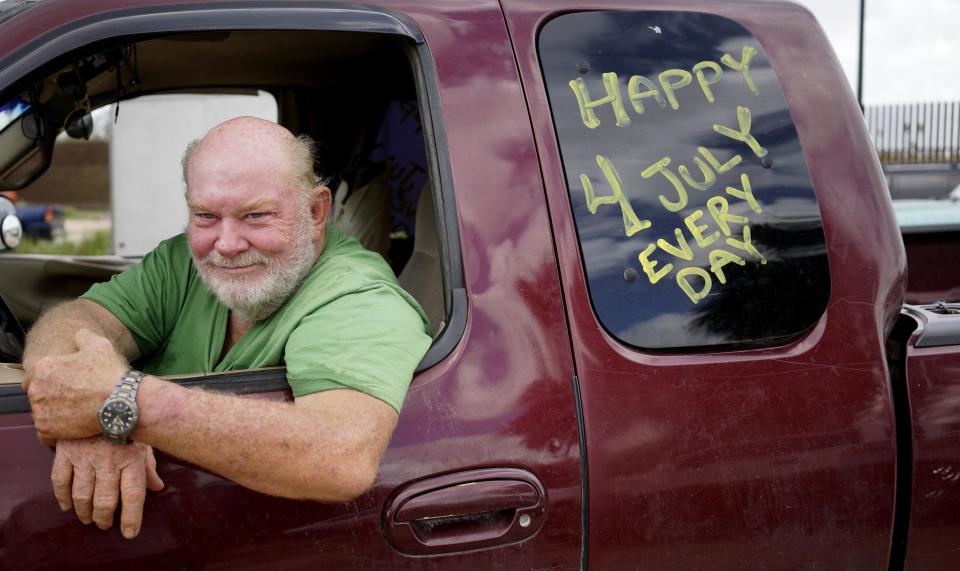 With binoculars in hand, an assault rifle slung over his chest and a Glock pistol on his hip, a man named Will scans the banks of the Rio Grande looking for anyone trying to cross from Mexico into Texas.


Will is a member of the Patriots, a group of heavily armed private citizens who use displays of force to intimidate people attempting to cross the border illegally. Since early summer the Patriots have patrolled an area near Brownsville, Texas.

"If you spot them and shine your light on them, that lets them know that you're there," said the 25-year-old construction worker from Indiana who flew to Texas for a stint with the Patriots. “Nine times out of 10, they're not going to come over.

"Even if they are going to try to cross again, we're still making it harder for them, and that's the reason we're here."