School Security Guard to Army Officer: You Can't Come In While Wearing Your Uniform 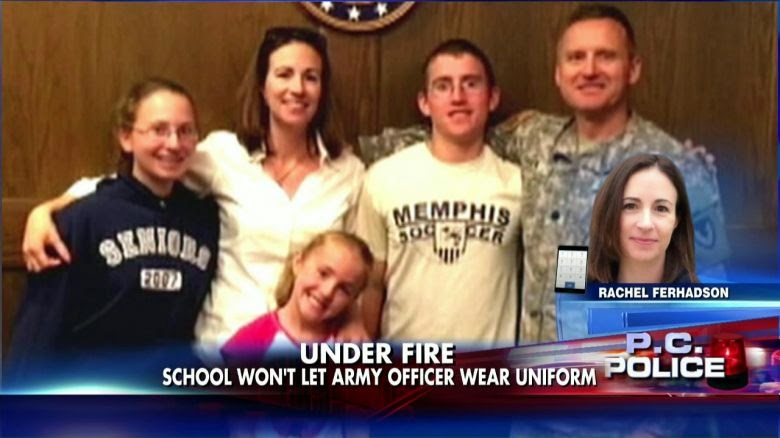 Fox and Friends asked its viewers what story outraged them the most this morning. And this one out of Michigan was an easy winner: an Army officer was apparently told he could not enter his daughter's school because he was wearing his Army uniform.

His wife, Rachel Ferhadson, explained what happened via phone. Ferhadson and her husband, Lt. Col Sherwood Baker, had stopped at Rochester Adams High School in Rochester Hills during the day to clear up an issue with his daughter's class schedule.

But when Baker tried to go in, a security guard told him that he could not enter wearing the uniform because it could offend people, Ferhadson recounted.

"They told him some kids might not understand and might be offended. So they gave him a choice, told him he could phone in to the office or go home and change his clothes," said Ferhadson.