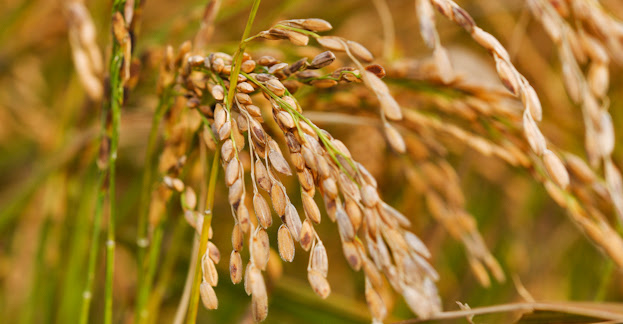 Carolina Gold rice, a long-grain rice of slender size and ambition, first surfaced in South Carolina just after our Revolution. Clean, sweet, and non-aromatic, it prospered in coastal Carolina and Georgia bogs and did its fluffy separate-grain thing in a traditional black iron hearth pot, or potje, complementing the African-style stews it attended. In colonial Charleston, African slave women hand-pounded and winnowed hulls from the rice grains with mortar, pestle, and fanner basket. The resulting rice, scrubbed golden white through abrasion, contained whole and broken grains, with germ and flecks of bran intact. Its flavor and texture were exquisite. Barely a long-grain rice by definition and nearly a medium-grain in its dimension and diversity of cooking application, Carolina Gold had attributes substantial enough to appeal to a broad international market.

The Civil War brought the culture and cuisine of Charleston to its knees, and though Carolina Gold continued to set quality standards for American rice into the 20th century, it ultimately lost ground to new varieties and became, after the Depression, virtually extinct. In the mid-1980s, a plantation owner from Savannah collected stores of Carolina Gold from a United States Department of Agriculture (USDA) seed bank and repatriated the rice to its former home along the coastal wetlands south of Charleston. Anson Mills began growing heirloom Carolina Gold for research in 1998 and today has organic rice fields in Georgia, North and South Carolina, and Texas.