Don’t Give the Masters of the Universe Their Amnesty 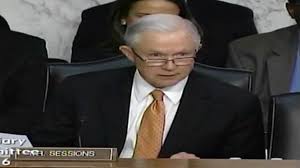 Senator Jeff Sessions (R., Ala.), the ranking member of the Senate Budget Committee, delivered a speech on the Senate floor Wednesday evening about Senate Democrats’ refusal to support legislation to block the president’s proposed executive actions on immigration policy, and the interests supporting amnesty. Following is an adapted version of his remarks.

Earlier this week I spoke about the president’s promise that he would issue an executive amnesty to 5 or 6 million people. The planned amnesty would include work permits, photo IDs, and Social Security numbers for millions of people who illegally entered the U.S., illegally overstayed their visas, or defrauded U.S. immigration authorities.

The Senate Democratic conference has supported and enabled the president’s unlawful actions and blocked every effort to stop them. Not even one of our Democratic colleagues has backed the House legislation that would stop this planned executive amnesty or demanded that Senator Reid bring it up for a vote. Every Senate Democrat is therefore the president’s partner in his planned lawless acts.

Just yesterday Majority Leader Reid wrote in a tweet something that was shocking. He said: “Since House Republicans have failed to act on immigration, I know the President will. When he does, I hope he goes Real Big.”

Let this sink in for a moment. The majority leader of the Senate is bragging that he knows the president will circumvent Congress to issue executive amnesty to millions, and he is encouraging the president to ensure this amnesty includes as many people as possible. And the White House has acknowledged that 5 to 6 million is the number they are looking at.