Via comment by Anonymous on The Madness of President Putin 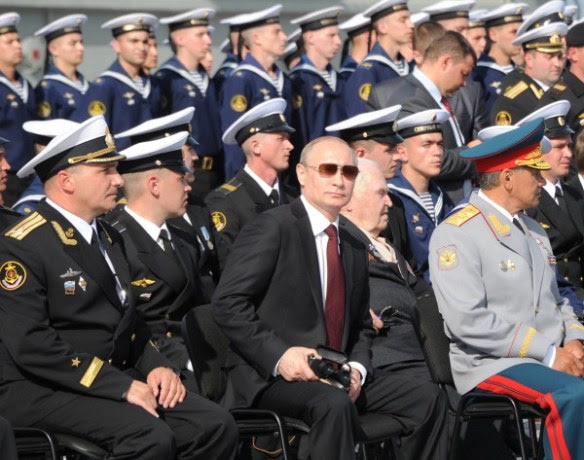 Many people have written asking about Putin. The pundits are claiming the Russian Army is weak and could not wage war. Russia is actually looking at expanding its military policy re-targeting Europe and the USA as enemies, and rewriting protocols for justification of a defensive first strike with nuclear weapons. The greatest mistake that the West has made so far is to judge Russia through their own eyes based upon themselves with extreme arrogance and prejudice. Just because you would not want war does not mean your opponent has the same view. Additionally, the arrogance of the politicians can force war by their unyielding posture and inability to realize that they have left their opponent with no other option.

The arrogance that Russia is weak and could not afford war is a huge mistake because it is the West who cannot afford war in the middle of an economic implosion where we have a Sovereign Debt Crisis brewing on an unprecedented scale. War also gas been an escape valve for fiscal mismanagement and in this respect, war become desirable as a decoy to hide the inability of politicians to cope with managing the state.

The Russian military forces are composed of 150,000 officers and 766,000 soldiers on active duty.