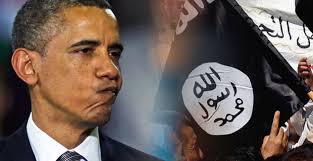 Unfortunately, Obama may well be doing this intentionally.

Why would Barack Obama want to give hundreds of millions of dollars of weapons to groups inside Syria that are selling weapons to ISIS and regularly fighting alongside them?  Is he really that clueless about what is going on in the Middle East?  The FSA and other groups of "moderate" fighters inside Syria do not consider ISIS to be an enemy.  Rather, they consider ISIS to be an important ally in the struggle to overthrow the Syrian government.

In fact, many "moderate" units have actually joined ISIS in recent months.  If Obama gives more weapons to the "moderate" fighters in Syria, it is inevitable that a lot of them will end up in the hands of ISIS.  In a previous article, I already discussed how ISIS is talking over vast stretches of Syria and Iraq using mostly American weapons.  If the Obama administration goes ahead with this plan to arm "moderates" in Syria, it is just going to make ISIS even stronger.