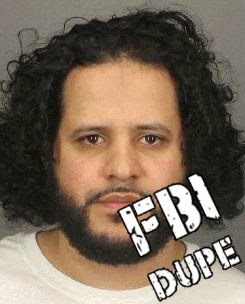 September 18, 2014 (Tony Cartalucci - LD) - The FBI has foiled yet another entirely fabricated terror threat of its own creation, with missing mechanisms in two firearms provided to a potential terrorist being the only thing that prevented this latest case of entrapment from going "live."

A Rochester man, Mufid A. Elfgeeh, is accused by the FBI of attempting to provide material support to ISIS (undercover FBI agents), attempting to kill US soldiers, and possession of firearms and silencers (provided to him by the FBI). The FBI's own official press release stated (emphasis added):

According to court records, Elfgeeh attempted to provide material support to ISIS in the form of personnel, namely three individuals, two of whom were cooperating with the FBI. Elfgeeh attempted to assist all three individuals in traveling to Syria to join and fight on behalf of ISIS. Elfgeeh also plotted to shoot and kill members of the United States military who had returned from Iraq. As part of the plan to kill soldiers, Elfgeeh purchased two handguns equipped with firearm silencers and ammunition from a confidential source. The handguns were made inoperable by the FBI before the confidential source gave them to Elfgeeh.