California SWAT officer who was shot in raid dies 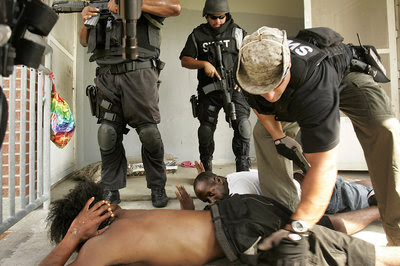 Comments:  Not kind at all.

A SWAT officer died early Wednesday, a day after being wounded by a shotgun blast while attempting to force open a door during a pre-dawn raid at a Southern California home, authorities said.

Pomona Police Officer Shaun Diamond, 45, succumbed to his injuries at a Pasadena hospital, Chief Paul Capraro said in a statement.

The suspect in the shooting, David Martinez of San Gabriel, was arrested on suspicion of attempted murder of a police officer. He was jailed on $4 million bail, and it wasn't immediately known if he had a lawyer.