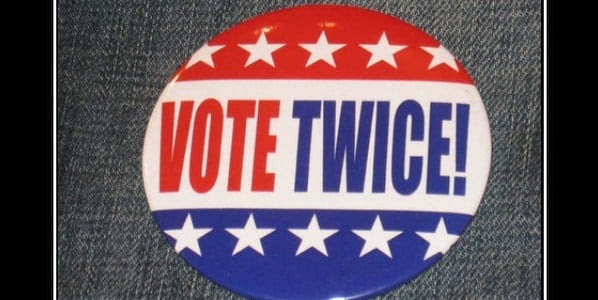 A new study puts numbers behind the claim that the votes of non-U.S. citizens in the 2008 presidential election handed the White House to Barack Obama.

The study authored by Jesse T. Richman, Gulshan A. Chattha and David C. Earnest, who are affiliated with Old Dominion and George Mason universities, found the number of non-citizen voters “could range from just over 38,000 at the very minimum to nearly 2.8 million at the maximum.”

Of the non-citizens who voted in 2008, the study found “81.8 percent reported voting for Barack Obama compared to 17.5 percent for John McCain.”