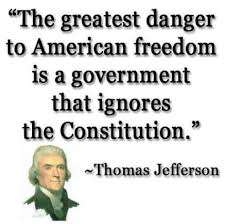 Underneath all the national anger in the country over Comrade Obama’s supposed ineptitude (I think much of it is by design rather than ineptness) there also simmers a strong disagreement over just how we should interpret the Constitution. Now I have to admit up front that I have some problems with the Constitution. I find myself much more in line with the thinking of Patrick Henry that I do with that of Alexander Hamilton.

In fact, a couple years ago I did a whole series of articles on the Constitution for a blog spot that pulled the plug awhile back. Even though the original blog spot that carried them has gone by the wayside, other sites picked them up and they are still out there. You can find them on http://www.dixienet.org and http://www.spofga.org and I even found one on sonsoflibertyandamericanrevolution.blogspot.com Some of these will probably shock some folks because you never read anything like this before, but if you can, plow through them a little at a time anyway.