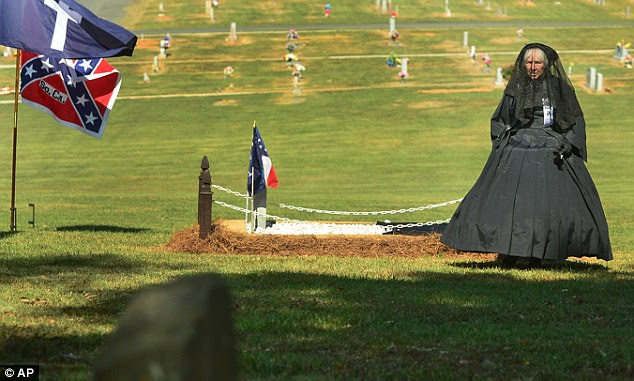 A woman whose father, a black slave, fought on the Confederate side in the Civil War alongside his master was buried today, more than 150 years after the conflict began.

Mattie Clyburn Rice, 91, died last month. Her father was Weary Clyburn, a slave from South Carolina who followed his master to war and saved his life.

He fathered Rice in 1922, when he was 82, and survived until his daughter was eight years old.