A Chance To Test the “Balance of Power” Theory 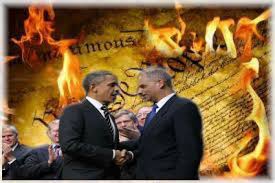 In this current series I have been working on one of my main contentions has been that the so-called Constitutional checks and balances between the different branches of the government has not ever really worked the way it was supposed to or that we have been told it did.

In my last article I noted the situation in regard to the illegal immigrants in this country and how the head of the current Marxist Regime plans an end run around Congress so he can take “executive action” to make most of them “legal” with nothing more than the swirl of his mighty pen. Obama has no concept of how constitutional government is supposed to work and, frankly, he couldn’t care less.

He will do as he has been instructed to do regardless of whether it breaks the law or not.