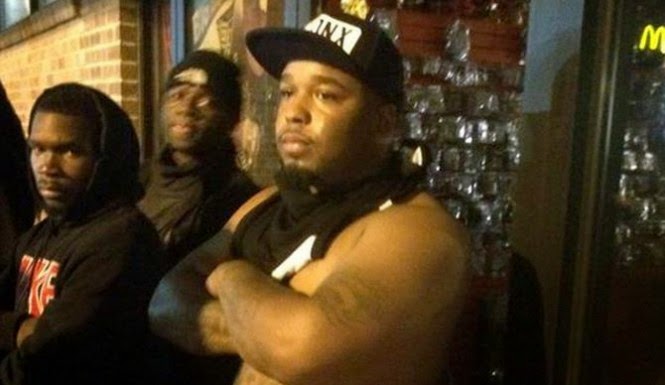 A group of black Ferguson residents armed with high-powered rifles stood outside a white-owned business in the city during recent riots, protecting it from rioters that looted and burned other businesses.

After a grand jury returned no indictment against Darren Wilson, the Ferguson police officer who shot and killed unarmed black teen Michael Brown, protesters took to the streets and the demonstrations quickly turned into rioting. Several buildings were set ablaze, but a group of heavily armed black men stood outside a Conoco gas station.