In Ferguson, Witness Intimidation, Lying by 'Community of Color' 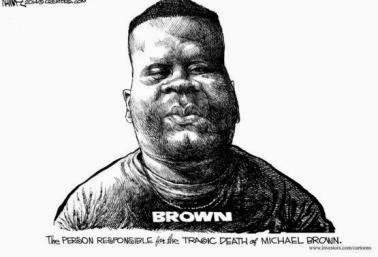 On Monday night, after the release of the grand jury verdict rejecting indictment of Officer Darren Wilson in the Ferguson, Missouri shooting of 18-year-old black man Michael Brown, President Obama took to the microphones. “We need to recognize that this is not just an issue for Ferguson, this is an issue for America,” he said. “[T]here are still problems and communities of color aren't just making these problems up.”

Obama was wrong, at least in the case of Darren Wilson. In viewing thousands of pages of FBI interviews and grand jury testimony, it becomes eminently clear that many members of the local community did make up the story about Michael Brown being executed by Wilson – and pressured others to lie to police or keep silent.