Sir Moses Ezekiel: A Great Virginian – A Great Artist - Hero of the Battle of New Market

Born in Richmond in 1844, Ezekiel was the first Jewish cadet to attend Virginia Military Institute (VMI).  It was there that he gained the distinction of taking part in the Battle of New Market, a decisive Confederate win during the Civil War. 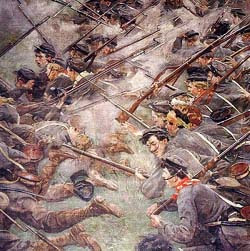 In 1864, he and other VMI cadets were called up to provide support to General Breckenridge at New Market in the Shenandoah Valley.  Marching 80 miles, the cadets let by VMI Commandant of Cadets Lt. Col. Scott Shipp, met a vastly superior Union force north of Lexington.  Grant’s Union forces outnumbered Confederate troops.  The battle raged for hours, the Union forces split the Confederate front line.  When all seemed lost, VMI cadets surged into the breach, wrestling victory out of almost certain defeat. Ezekiel’s roomate, Thomas Garland Jefferson – grand nephew of President Jefferson – died in Ezekiel’s arms as he tended his friend in a nearby home.

A Moses Ezekiel sculpture – Virginia Mourning Her Dead – permanently commemorates the fallen cadets, and on each May 15, VMI solemnly celebrates “New Market Day” on campus. 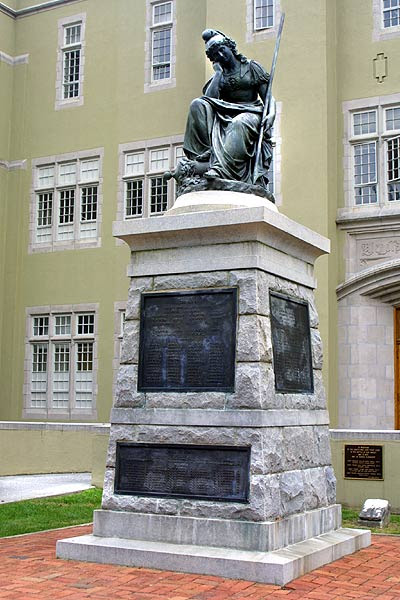 Contributions for the restoration of his statues are doubled.
Posted by Brock Townsend at Friday, November 28, 2014