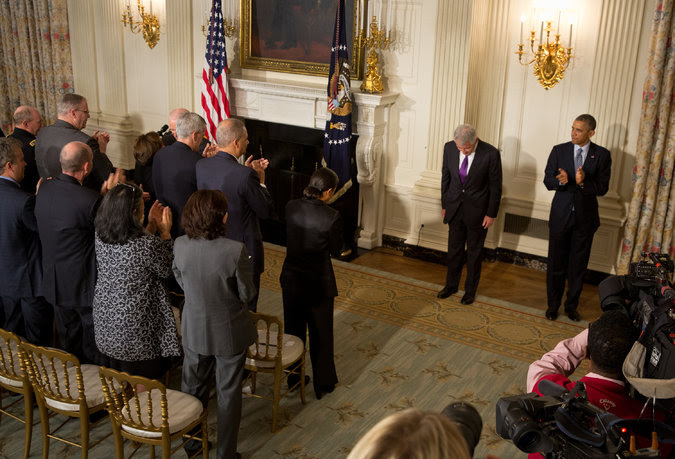 Defense Secretary Chuck Hagel handed in his resignation on Monday, the first cabinet-level casualty of the collapse of President Obama’s Democratic majority in the Senate and the struggles of his national security team to respond to an onslaught of global crises.


In announcing Mr. Hagel’s resignation from the State Dining Room on Monday, the president, flanked by Mr. Hagel and Vice President Joseph R. Biden Jr., called Mr. Hagel critical to ushering the military “through a significant period of transition” and lauded “a young Army sergeant from Vietnam who rose to serve as America’s 24th secretary of defense.”