Boehner Moves To Punish Dissenters, Despite Past Statements 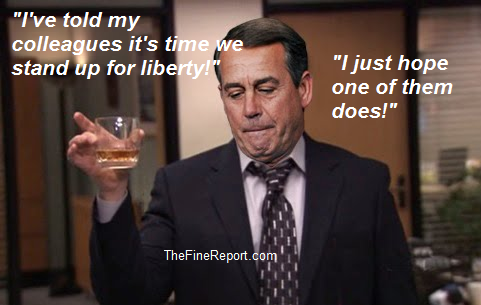 Speaker of the House John Boehner is apparently punishing Republicans who voted against his re-election Tuesday, despite previously saying he would not do so.

Reps. Daniel Webster and Richard Nugent are both losing their seats on the House Rules Committee, Politico reported Tuesday evening. Both Florida Republicans voted for Webster instead of Boehner earlier in the day.

Such moves seem to contradict recent statements made by Boehner and his office.

Asked last week if any Republicans who voted against Boehner would be punished, spokesman Michael Steel told The Daily Caller by email: “Boehner has said publicly that there will be no retribution for ‘no’ votes.”