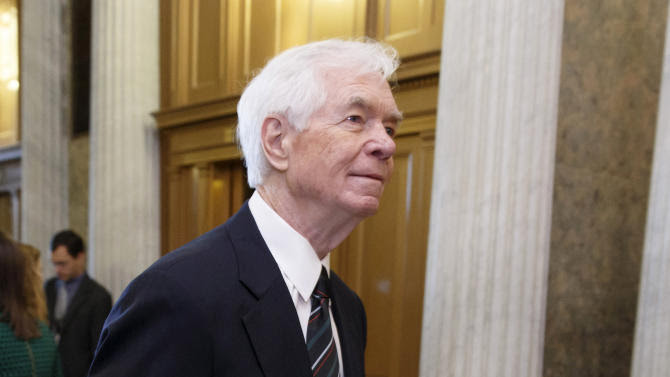 Republican senators poised to lead major committees when the GOP takes charge are intent on pushing back many of President Barack Obama's policies, setting up potential showdowns over environmental rules, financial regulations and national security.


The all-GOP Congress — Republicans also have a commanding majority in the House — gives the powerful Senate committee heads a newfound opportunity to steer legislation and help shape the national debate.

With Republicans winning control of the Senate in the November election, all the committees will get new leaders, though all have been around for years.

The heads of the 13 major committees and Veterans' Affairs are some of the most senior members of the Senate. Three are octogenarians and four are in their late 70s. Only one new leader will be a woman; Alaska Sen. Lisa Murkowski is in line to take over the Energy and Natural Resources Committee.

A look at the powerful senators and their issues: