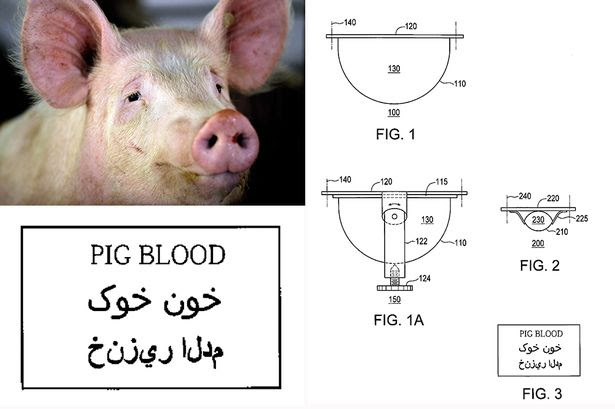 An American inventor has unveiled an offensive "anti-terror" system designed to spray Muslims with pig blood.

The highly controversial device is the work of tinpot tinkerer Franklin R Lacy, who works in Tampa, Florida.

He has applied for a patent on a "system for protecting against terrorist and illegal invasion" which cruelly exploits the Islamic ban on eating or even handling pork.

The inventor's previous work includes a beverage heater, fudge warmer and a windshield for a boat.

He learned of the strict Islamic laws on pig blood during "extensive travels" in the Middle East.

His invention involves placing containers of clearly labelled pig blood in sensitive areas, in the hope suicide attackers would avoid detonating a bomb nearby for fear of getting covered in it.

These vials of blood could be attached to trip wires and spray Muslims with the forbidden substance if they enter a certain area.